“Ageru” is expressed by two kinds of expressions in Japan.
A Japanese style image leans comparatively in “Agemono”. The Japanese has a Western impression in “Fry”. The variation and the taste of the fly dish are decided by a batter bread‐crumb coating. 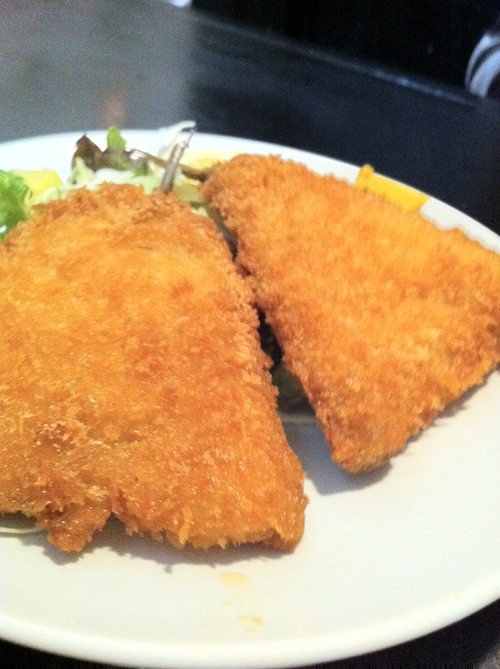 Additionally, the change is applied to the taste mixing powdered green tea and black sesame, etc. It might be “Tenpura” that everybody overseas imagines easily.  It is a dish where I also feel the boast very much as a Japanese.

However,are you surprised? When the cradle of the tempura is a fast food such as McDonald and Kentucky Fried Chicken. It seemed to have been sold by the form of eating standing in the stall such as the hot dog shop or the crape shops in the faraway times Edo period.

Did not an old Japanese do anything slowly sitting though it seemed to have done business the Izakaya while standing in old times?